Some Butterflies during June and July

It is still too early to sum up this year's season for butterflies and moths but it has certainly been a very good year for some species. The incessant hot and dry weather has brought an early end to the season for several species and walking around my local woods has felt more like September with just a few worn Gatekeepers and Silver-washed Fritillaries still about.

However, all the signs point to 2022 being an excellent migration year. Following the arrival of multiple numbers of Striped Hawkmoths during the spring, reports of Swallowtails and Queen of Spain Fritillaries being sighted in south-east England has fuelled expectation that there may be more to be seen in late summer and autumn.

Here is a round up and some of the butterflies and other insects that I have seen during June and July. 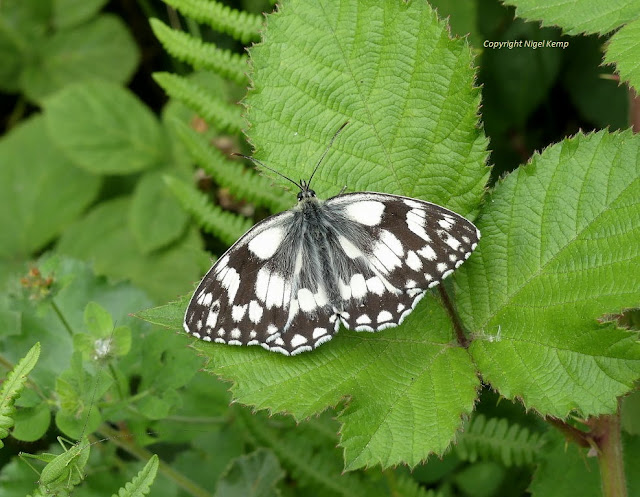 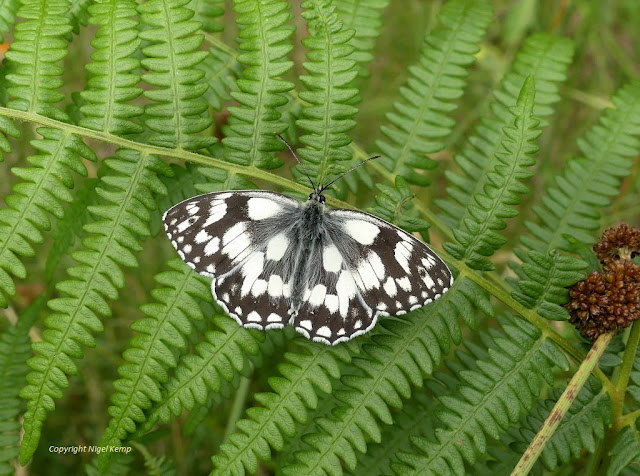 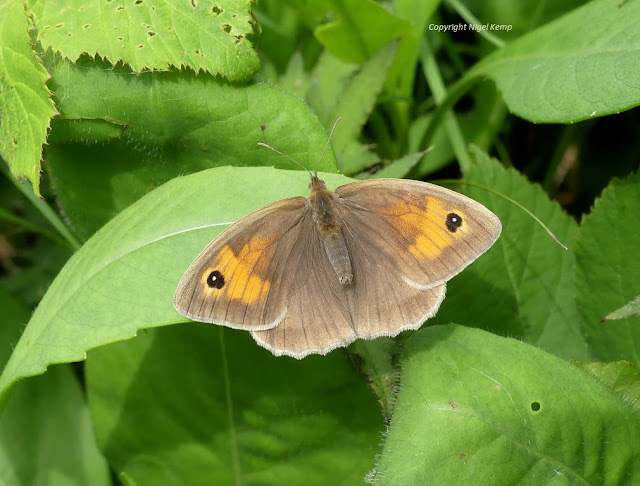 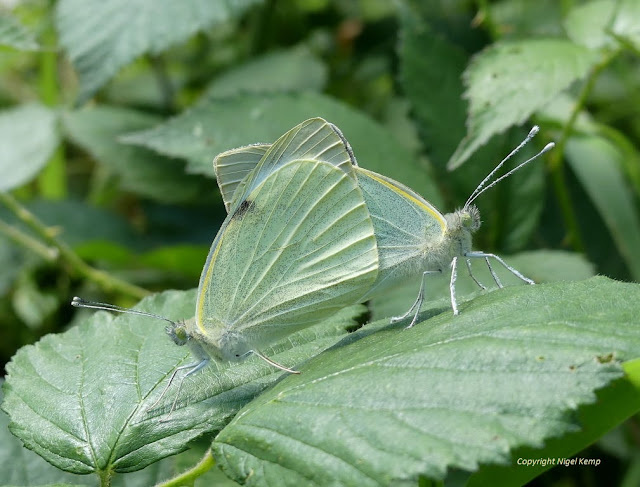 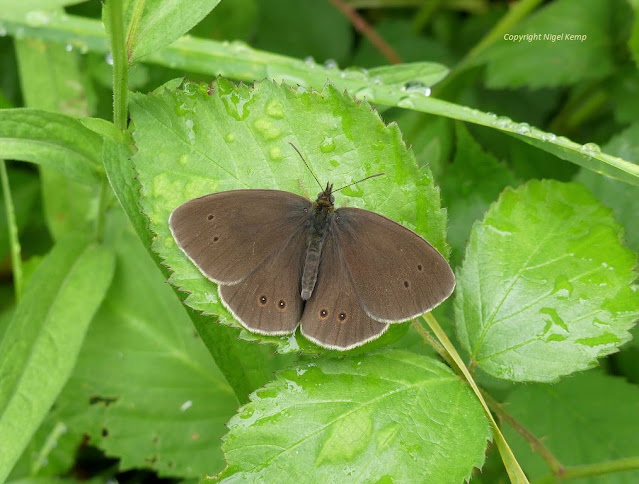 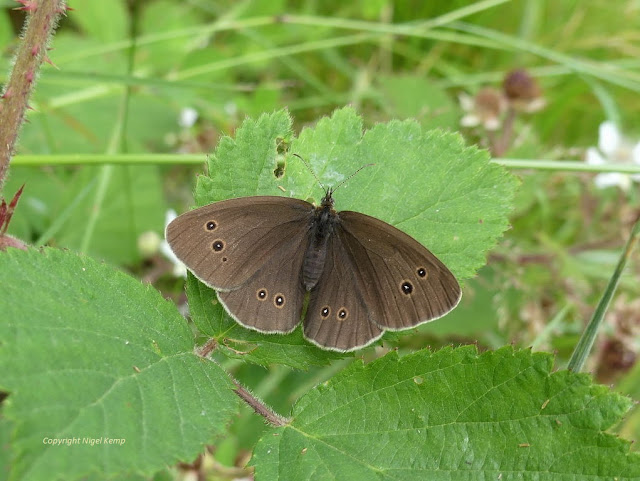 Some markings on this Ringlet are showing a slight tendency towards ab. lanceolata. 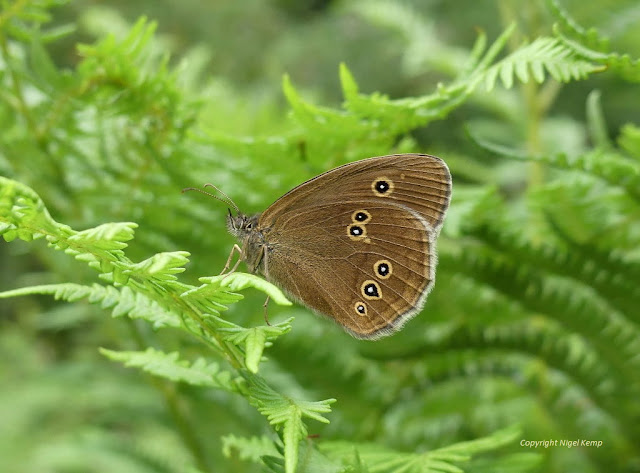 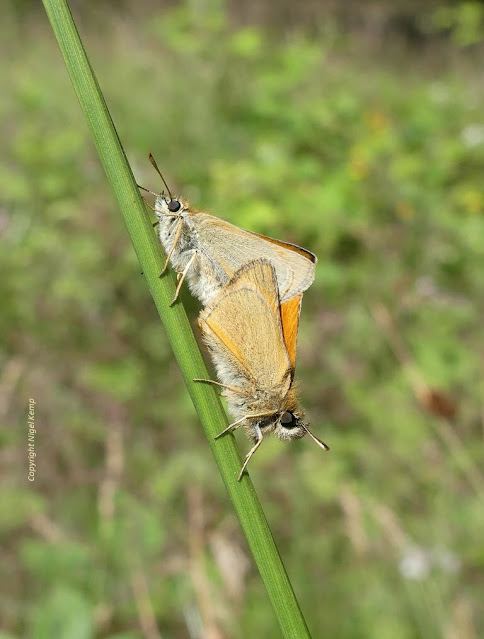 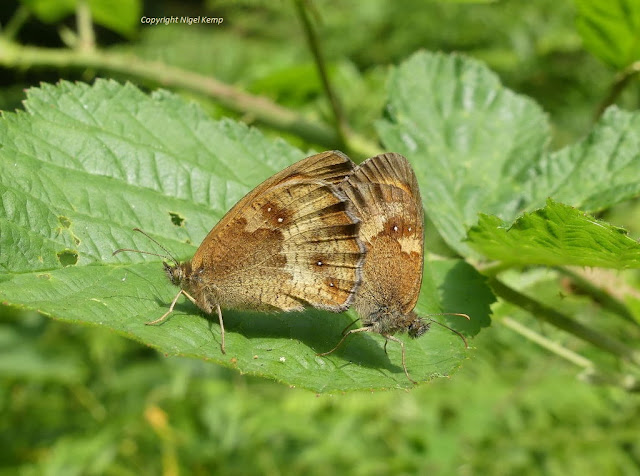 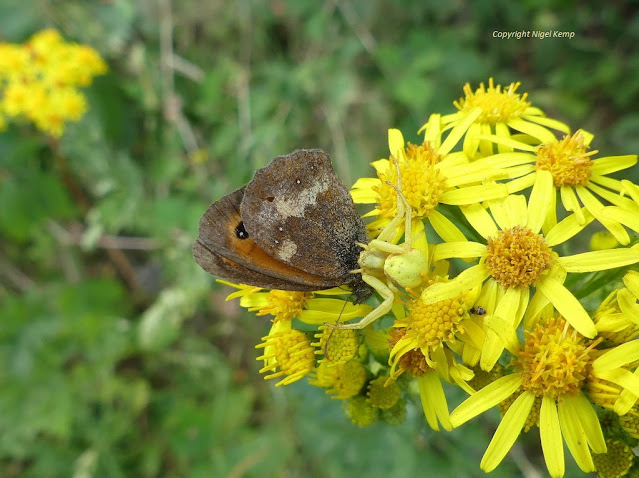 White Admiral (Limenitis camilla) (male)
This species had a good year in East Sussex but it's season came to a rapid end. 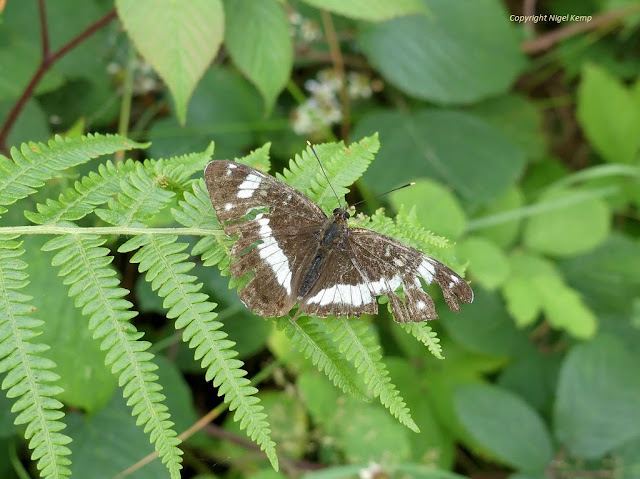 Silver-washed Fritillary (Argynnis paphia) (female, form valezina)
This valezina was quite happily basking in light rain and only retreated to the canopy when the rain became heavy. 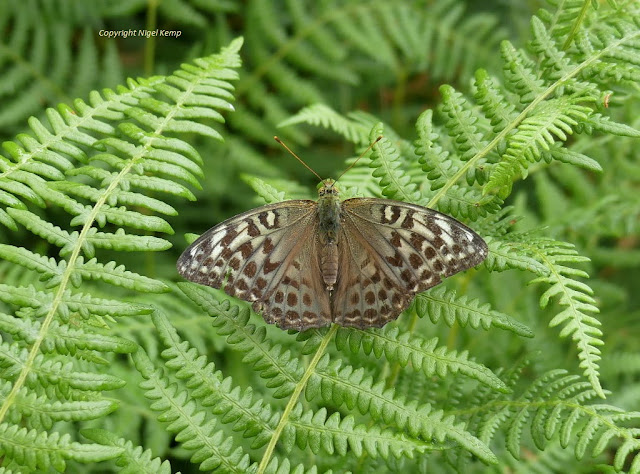 Brimstone (Gonepteryx rhamni) (male)
At this time of year, Brimstones are busily nectaring in preparation for hibernation. 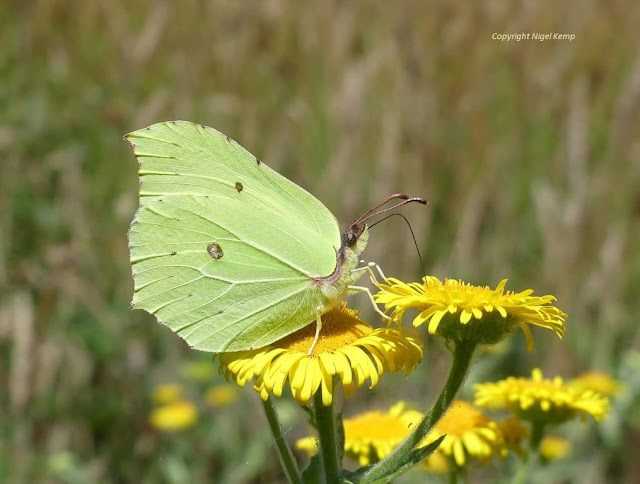 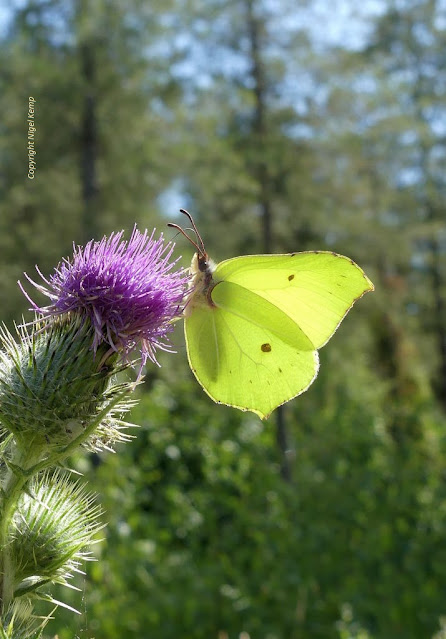 Wall (Lasiommata megera)
The Wall can still be found in discrete colonies away from the downs.
This male was one of several individuals enjoying the evening sunshine on Pevensey Levels. 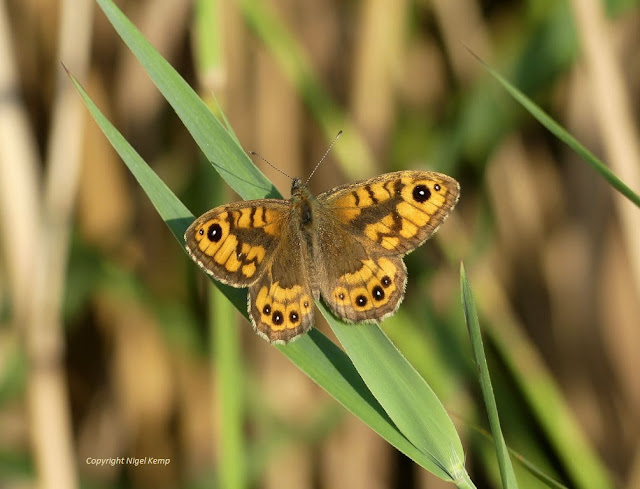 These two different females were from a small colony in a wealden wood. 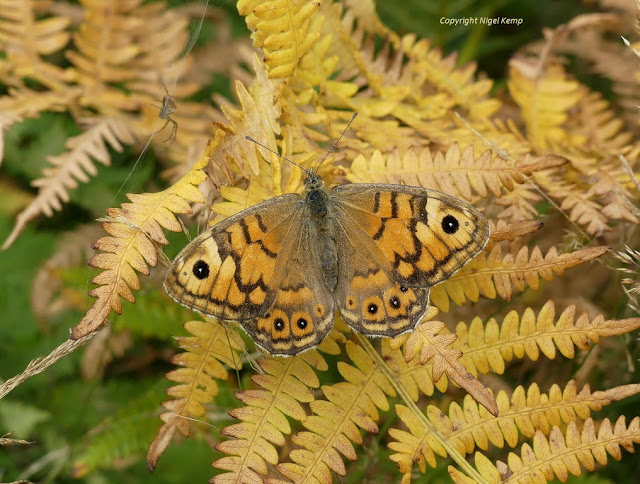 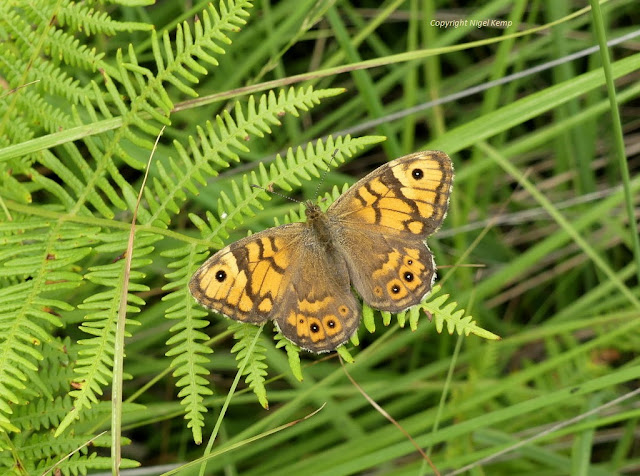 And a few other insects to finish with.
Woodland Grasshopper (Omocestus rufipes)
This very local species of grasshopper occurs in thinly scattered colonies in southern England.
Male 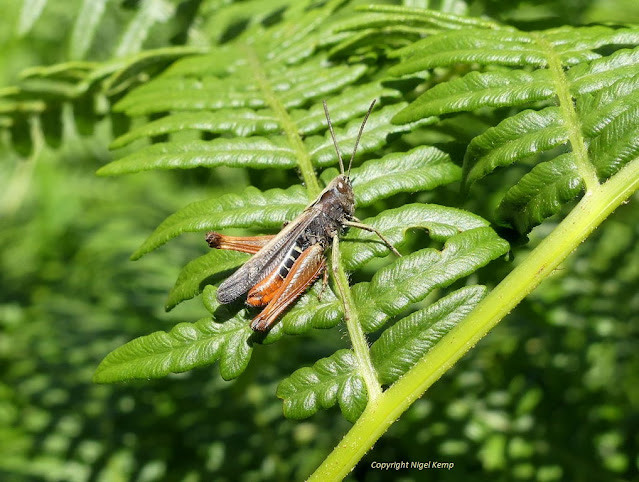 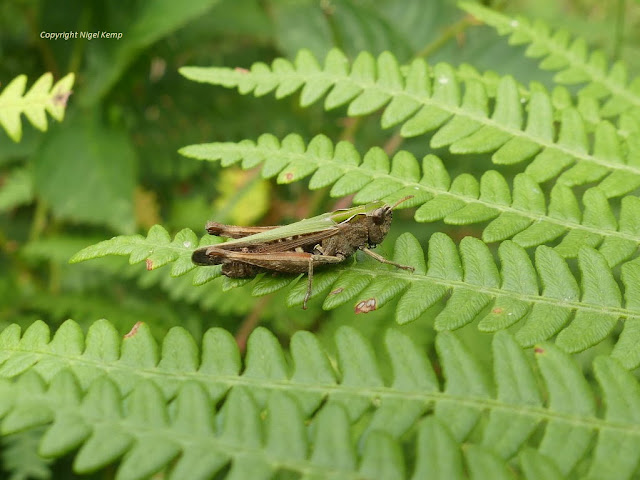 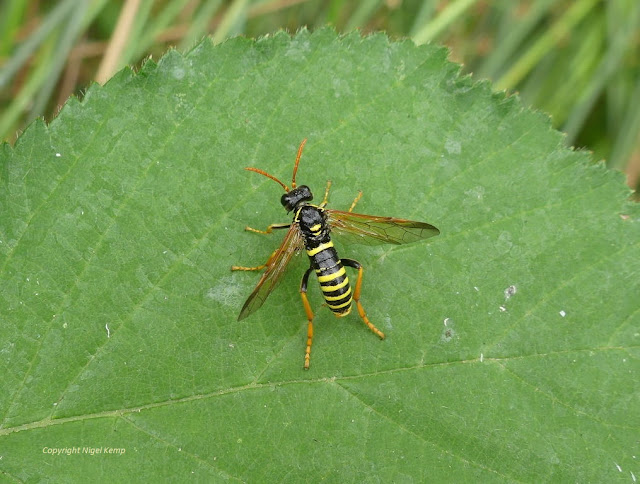 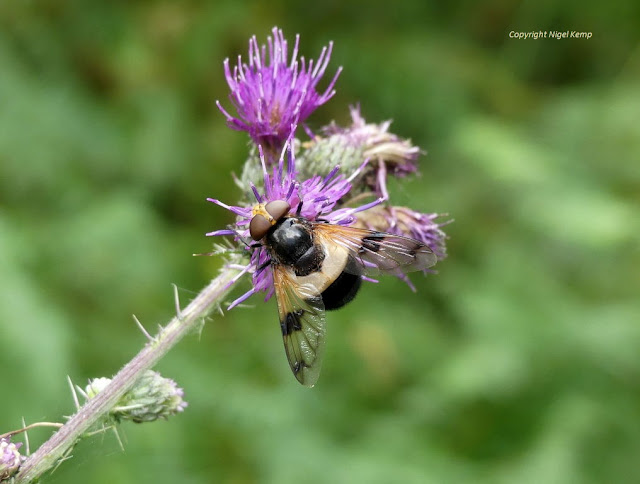 Posted by East Sussex Wanderer at 10:44

A Glimpse into the Metamorphosis of the White Admiral

Following on from my blog post from 2017 entitled "Life Cycle of the White Admiral", this year I was keen to observe more of the ... 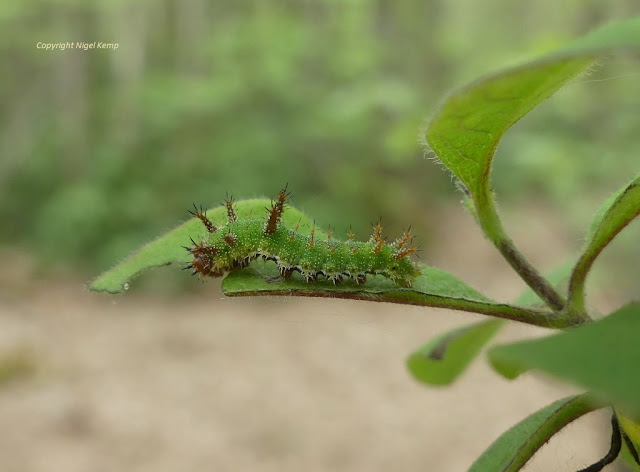